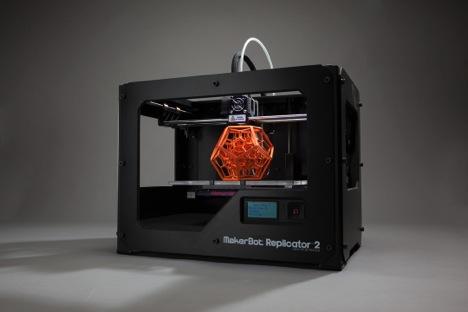 On May 6, 2013, a video surfaced on the internet showing a young man in blue jeans and a black polo shirt firing a single bullet from an off-white, plastic 380 single-shot pistol called “the Liberator”, fabricated by him with a Stratasys 3D printer bought on eBay. That young man was Cody Wilson - a Texan law student, who overnight turned into a cult figure and garnered headlines worldwide. After test firing, Wilson published the blueprints of the gun’s design online, which was downloaded in excess of 120,000 times in two days. Following this, the US Department of State clobbered a restraint order against Wilson and his company ‘Defense Distributed’ which was overturned in August this year, allowing him to once again freely publish designs of 3D printed guns and share the same with one and all on the internet.

These blueprints would potentially allow anyone with a 3D printer to make an untraceable, unregulated gun at home. The 3D blueprints are today also available on several CAD (computer-aided design) repository sites and can also be downloaded for free from torrent sites. Thirty seconds of googling are all one would need to fish out these files. It’s kind of creepy to envisage that in our country today, we have no clue as to how many of our citizens possess a 3D printer, how many of them have downloaded the blueprints of 3D guns and how many of them are in possession of 3D printed guns?

Indian law prohibits owning a firearm without a proper license. Similarly, the US law forbids the purchase of guns by convicted felons. 3D printing provides a way for criminals in India, felons in USA and terrorists worldwide to acquire or print guns without anybody’s knowledge. Manufacturing firearms in the USA is generally considered legal, as long as they are detectable by x-ray scanners and metal detectors. Plastic firearms would be near impossible to detect with standard metal detectors. The 3D printed guns made by Cody Wilson are extremely hazardous due to its ability to pass undetected through metal detectors.

A team of Israeli investigative reporters proved this by smuggling a 3D-printed gun into the highly secure Knesset building, not once but twice. Just imagine the consequences if it were to fall into wrong hands such as terrorists or disgruntled elements in India. In August 2016, the TSA found a 3D-printed revolver in carry-on luggage at the Reno-Tahoe Airport (Nevada, USA). The gun could be detected only because it was loaded with live rounds. One can imagine, the consequences of a 3D printed gun going unseen through an X-ray scanner in an Indian airport?

A retinue of improved versions of 3D printed guns emerged shortly after the first 3D printed gun.Snappily on the heels of Wilson, a Japanese uploaded several Zigzag plastic guns with do-it-yourself videos featuring the 3D printing method on the internet. But stringent anti-gun laws of Japan guaranteed that the creator of the Zigzag gun was instantaneously arrested and sentenced to jail for two years.A semi-automatic gun called “Shuty” which could fire 800 rounds was fabricated in USA by a 3D printing buff using a combination of 3D printed parts and random metal parts purchased from a store thereby circumventing a requirement for licence as per local laws. A gun called ‘Songbird ‘ with an ability to fire multiple .357 rounds, which uses a roofing nail for a firing pin and rubber bands for springs was 3D printed by a person who calls himself “Guy in a Garage”. A person in Oregon, USA,was recently arrested for illegal possession of an AR-15 assault rifle, which interestingly had a 3D printed lower receiverdesigned by Wilson.The lower receiver is the key part of the firearm and the only one regulated by law in the US. 3D printers can also be excellent tools to make gun and rifle accessories. An unidentified 3D print enthusiast made a custom 3D printed silencer modifying the digital code of the silencer which was being commercially manufactured. A handheld electromagnetic rocket launcher and plasma railgun was also 3D printed by an anonymous individual who later shared the pictures of the same on the internet. 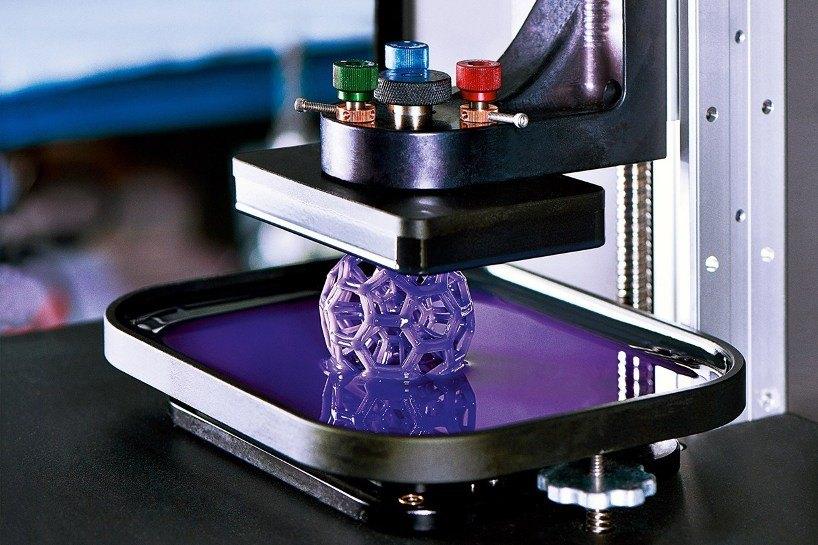 Fortunately, for us, the 3D printing criminals have until now, not yet commenced thinking out of the box. That day is not far when ingenious criminals or the terrorists would start employing their imagination and start printing guns which could make a gun look like a harmless commodity of daily use, such as a hairbrush, a baton, a box, a blow dryer etc. The same holds good for innovative 3D printed explosive devices.

Apart from firearms, 3D printers have several other dark and shadowy applications. A German hacker used a 3D printer to make handcuff keys for high-security handcuffs. 3D designs of the keys of the luggage used by the U.S. Transportation Security Administration was published by the hackers in July of 2016.

Students of Massachusetts Institute of Technology (MIT) CT scanned high-security locks and 3D printed the master keys. Cybercrooks in Sydney, Australia attached 3D printed skimmers to bank machines and skimmed bank card information of unsuspecting users. Skimming credit card information has become an organised racket today. Sophisticated 3D printers to make skimming equipment including fake card slots for cash dispensers were seized during raids by police in Sofia, Bulgaria, Malaga, Spain etc. A skimmer called “Gripper” made by a person with the same online name is selling them conspicuously on the internet.3D printing of drugs and pharma has taken off as well. Scientists have already developed a “chemputer” that can print medicines such as ibuprofen on demand. J Group Robotics, Mumbai, India, University of Glasgow, Scotland, and Louisiana Tech University have been working on 3D printing legal drug delivery devices and legal prescription drugs. While the possible humanitarian benefits are gargantuan it won’t be long before criminals get hold of these machines for printing cocaine, heroin, meth, crack, Oxycontin etc. A time would come when there would be no necessity for the drug dealers to peddle drugs as it would boil down to emailing digital blueprints.

Counterfeiting would become massively easy as 3D printers would be able to counterfeit almost anything and everything. Intellectual property theft would, therefore, be the first casualty. Piracy which was earlier only confined to a digital intellectual property like music, video games, software’s and videos would now become distensible to designer goods like Gucci handbags, Cartier watches, Louis Vuitton shoes etc and a whole lot of consumer items due to the availability of high-resolution 3D scanning and printing. What’s more the goods produced by 3D printing would be, visually, texturally, and qualitatively indistinguishable from the original. Counterfeit parts have been a serious problem for car and aeroplane makers for many years, as well as the U.S. defence supply chain. This problem is likely to grow and become more widespread with 3D printing. Gartner group has already predicted that 3D printing would result in over $100 billion loss in intellectual property globally, per year.

Can improvised explosive devices be made by terrorists using 3D printers? In order to find this out FBI’s “Terrorist Explosive Device Analytical Center (TEDAC)” has acquired a 3D printer to study if this was possible. 3D printing of microbes from blueprints available on the Internet or from other sources by terrorists is another serious threat which could be used with catastrophic results. Not just that, we should also prepare ourselves for a possible black-market trade in 3D-printed human organs “a few years from now.” In the days to come Nuclear proliferation may become hard to detect as non-nuclear club countries could use 3D printers to make nuclear weapons. Economic sanctions or trade embargoes against rogue nations could also become an antiquated notion as 3D printers would come in handy for such countries to make products which they can’t procure from other countries due to economic sanctions.

In the days to come, we may have to grapple with the problem of ‘Disarming Corruptors’. A disarming corruptor is basically a program which disguises 3D printable blueprint, in order to let them slip through filters/firewalls which are designed to block entry of content into repositories. Once a 3D blueprint, let’s say for a drug is disguised, the algorithms put in place to obstruct would not be capable of preventing it from being uploaded to the repository as it would be unable to recognise the camouflaged 3D blueprint. This is an extremely dangerous situation as illegal designs would get downloaded and misused by criminals using a clandestinely circulated password. 3D Printing technology is not just revolutionary it’s disruptive as well. Police and military will have to evaluate the risk from illegal use of this technology. In future people, will find creative ways to profit from trafficking in 3D printed organs and drugs. This technology will also rampantly come in handy for terrorists in their misguided missions. As with all technologies, 3D printing would probably be misused not because technology is defective but because people are blemished.

Finally, I believe everything in life is a result of yin and yang. If the positive side of 3D printing is yin, then the murky side of 3D printing is yang. Yin and yang are rooted in one another. You find yin in yangand yang in yin. This is, in fact, a reality of life. A challenge for us in life is to balance the yin and yang. The better we are in finding the equilibrium, or in overcoming the dualities and polarisations, the more effective we will be.

Tags:  is it legal to 3d print a lower receiver