Business Development: The Worst Idea in 3D Printing Ever 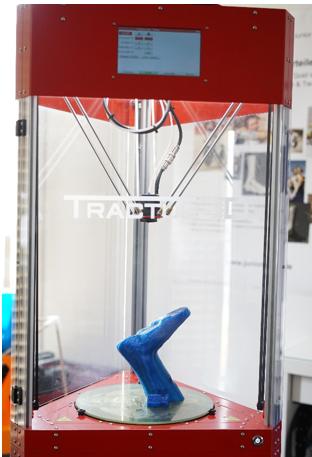 One application that changed my view of 3D printing forever was Hans Boodt’s 3D printing of mannequins. The Dutch firm is a leader in high-end displays. I was flabbergasted when years ago I heard that they were making molds for mannequins and end-use figures with 3D printing.

The company now has large, customized Material Extrusion machines from Tractus that print entire mannequins in a day. They can go from an idea to a 3D printed mould in three days or so. This gives them a decided advantage over the competition, which would be much slower. Hans Boodt’s customers can also be more flexible and get the figures delivered to their stores faster. This is also reportedly a very cost-effective solution that is finding them many new customers.

I love this as a business case for 3D printing. I love it also because I don’t think I could have ever come up with it. I never would have thought about the mannequin industry, let alone about how to disrupt it. Usually we think of large objects as too cumbersome to 3D print. The entire mannequin won’t fit in most of the printers we think about day to day. We also would think that such large parts would be cost-prohibitive. But, it turns out that, for this industry, additive manufacturing is a very cost effective solution compared to the competition. By taking speed and large 3D printed parts to aid in an artisanal product, the company reaps huge advantages.

This should really tell us that some of the best 3D printing and applications can only really be thought up by those in an industry. Only through understanding the specific drivers, constraints, and problems in the mannequin sector can we see that 3D printing can play a huge role. In speeding up time-to-market, 3D printing in this particular market is so valuable that it overcomes the practical concerns that would have dissuaded us from thinking about this example.

We’re all using our internalized knowledge to dream up business cases and parts, but we should not think that we alone understand where to deploy additive. Invisalign, dental more generally, hearing aids, orthopedics, turbo machinery, rocket propulsion are all successful implementations that resulted in customers with ideas or problems approaching us. We must never forget this. 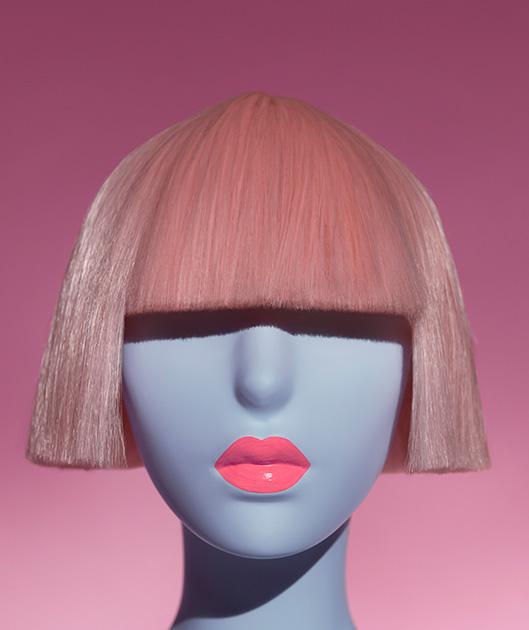 When talking with large enterprises, it’s often clear that they “want to do something with additive,” but not really what. They want to learn the skill of 3D printing, want to understand it, and want to see if they can implement it somehow and somewhere.

To help them, and mindful of the above case, I often do a little brainstorming exercise. Because knowledge coalesces, because of groupthink, and because we keep seeing the same 12 parts being used as 3D printing examples, conversations are often centered around the same components or types of components. I don’t want that.

Real breakthrough ideas are often much more impactful. Real problems or real inventions are often difficult to tease out of people as well. And, in a corporate setting, a “brainstorm” often turns into a contest to show off your smarts. So, this all sucks. What do I do instead?

I do a brainstorm to come up with the worst 3D printing idea ever. It’s a fun way to get people to think creatively and you’re guaranteed some laughs, as well. Everyone feels that there is no pressure on them to say smart things and, instead, they try to be funny or say random things. So, someone will say “tents,” another “hot air balloons,” and another “sails.” People will say “tennis balls” or “drinking glasses” or whatever comes to mind. Do record it all well and then try to shift it to items in the actual business that would totally not make sense to 3D print.

There’s no guarantee that this will work, but if, afterward, you plan in a little break, you may get some erstwhile silly ideas emerge later. I’m still not a 100% sure why this works, but a few times I’ve found very valuable 3D printing applications this way. And they won’t be the same silly things everyone else is doing or the same limited markets and applications that everyone else has thought of either. They may be really disruptive and breakthrough ideas.

3D printing a tent may suck, but if we 3D printed custom connectors for rods propping up that tent, then maybe we could very quickly offer up new tent models or innovate new tent designs. Maybe we could print custom moulds that can stretch cloth over so that rainwater is carried away faster. Maybe we can offer customization options that could matter for important customers, as well. Maybe we can look at which polymer parts fail and then reengineer replacements for them that function better than the originals.

Maybe people want to mass customize tents? Maybe with some 3D printed moulds we can quickly update our best selling tent? Maybe we can design a little doohickey that makes our best selling tent leak less? With campsites now offering more recycling options, maybe we could quickly make a divider so you can recycle better in nature? Maybe people want to hang up their headphones and phones in the tent so that they won’t get wet? Maybe there is a whole host of things people would like to hang up and fasten to tents that we can 3D print? Maybe we can hold contests to get people to give us the 100 best ideas that we can then quickly improve living in tents? There’s lots of fertile ground here and the best way to get to it is to think of the worst 3D printing idea ever.