At SXSW, Austin-based Icon shows the possibilities for 3D-printed homes 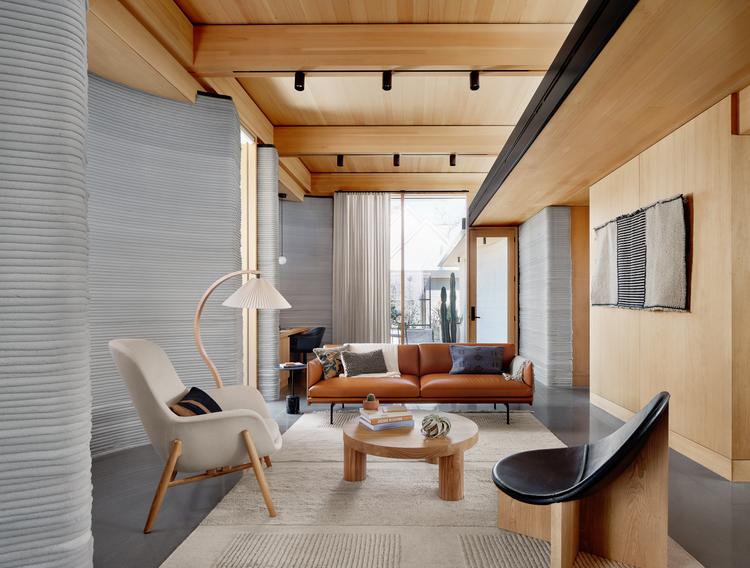 South by Southwest badge holders can get a look at one of the possible futures of housing — one built by giant 3D printers.

Icon, an Austin-based construction startup focused on 3D-printing technology, is showcasing one of its newest 3D-printed homes, dubbed “House Zero,” in East Austin. The project is aimed at showing the possibilities of 3D-printed housing.

"In the future, neighborhoods and towns and cities are going to be built by robots if we want. That future is faster and more affordable and more sustainable and more beautiful. And this house is meant to sort of be an icon of that future," said Icon CEO and founder Jason Ballard.

Ballard said he sees 3D printing as having the potential to revolutionize the way we build homes, and even structures for defense purposes or space operations. The 3D-printing construction method offers versatility, range, speed and lower costs than traditional construction, according to the company.

During SXSW, the Icon house will be open for tours to badge holders on Sunday and Monday. The company said tickets have already sold out, and Ballard said he expects thousands of visitors between the tours and private events that will be hosted at the house.

"Seeing really is believing and the whole world comes to Austin during (SXSW.) We're going to try to get as many eyeballs and human bodies in and around this house to help sort of build belief that the problems we face with regard to human shelter are solvable problems," Ballard said.

Icon partnered with Texas-based Lake|Flato Architects to design the House Zero project. The house is more than 2,000 square feet, and has three bedrooms, two full bathrooms and a half bath. The property also has a 350-square foot, one-bedroom, one-bathroom accessory dwelling.

House Zero was built using Icon's Vulcan printer, which printed the house layer by layer. The home's features include a curved dining room and exposed walls to showcase the construction method. 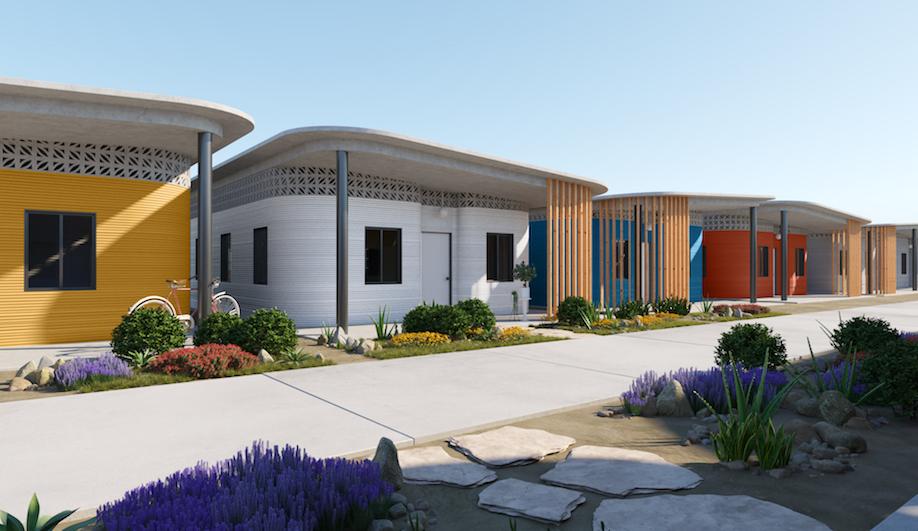 Ballard said Icon plans to continue to build exploratory projects such as House Zero to push the boundaries of the 3D-printing technology. The company will then apply the findings to other projects.

Lewis McNeel, an associate partner with Lake|Flato Architects and the architect for House Zero, said the project is designed to be both long-lasting and people-friendly.

McNeel said the house includes rectangular wood features to show how the 3D-printed concrete can work together with more traditional features.

Ballard said there has been strong demand for tours of House Zero.

"I think we're at like 2,000 people who have signed up and we're trying to figure out where we can fit in more public tours around the private events that are going to be happening here," Ballard said.

South by Southwest holds special importance to the company. In 2018, Icon made its debut at the festival when it unveiled the first permitted 3D-printed house in the world, a 350-square-foot house in East Austin.

"South by Southwest is very important to Icon as a company and to me personally. I mean, South by Southwest changed my life," Ballard said. "We could not believe the attention and response that we got. In some ways, (SXSW) accelerated a better housing future."

Since printing its first home in 2018, the Austin-based construction startup has gone on to use the 3D-printing technology to build dozens of homes and structures. It is now working with NASA to develop habitats on the Moon and eventually Mars, and is working on a 100-home community in the Austin area.

"We are firmly prepared to graduate from dozens of homes to hundreds of homes," Ballard said. "If you can do 100, you can do 1,000. And youkeep going and maybe we've actually got a shot, with any luck, in making a dent in the global housing crisis."

Tags:  can i buy a 3d printed house