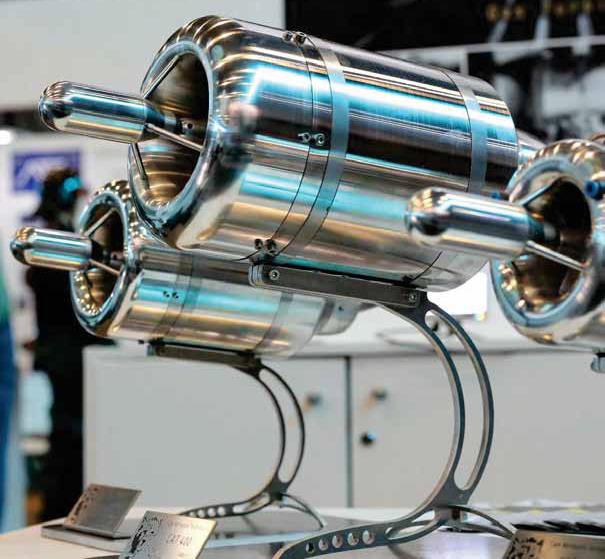 After designing and manufacturing a range of micro- and small gas turbines, Cape Aerospace Technologies (CAT) is developing a range of new products, including larger turbojets and a rocket.

David Krige, Managing Director at Cape Aerospace Technologies, revealed this in a presentation at the Virtual Aerospace and Defence Industry Day held on 22 February. The Day was organised by the Department of Trade, Industry and Competition’s Aerospace Industry Support Initiative (AISI), which has provided assistance to CAT.

The CAT 120 develops 120 N (12 kg) of thrust; the CAT 250 produces 250 N, and the CAT 400 produces 460 N of thrust. CAT 120 and CAT 250 engines have been delivered to international customers, including in the Middle East and Europe, such as the United Arab Emirates and Turkey. The latest CAT 400 engine, which developed more thrust than the rated specification, is currently going through the industrialisation and production phases – Cape Aerospace Technologies has received pre-orders for this engine.

All these engines are light, weighing 1.4, 1.9 and 3.6 kg respectively. All can operate between -25 and 50 degrees Celsius and at altitudes of up to 8 000 metres. They are intended for sub-sonic applications and can operate on diesel, kerosene or Jet A1 fuel. 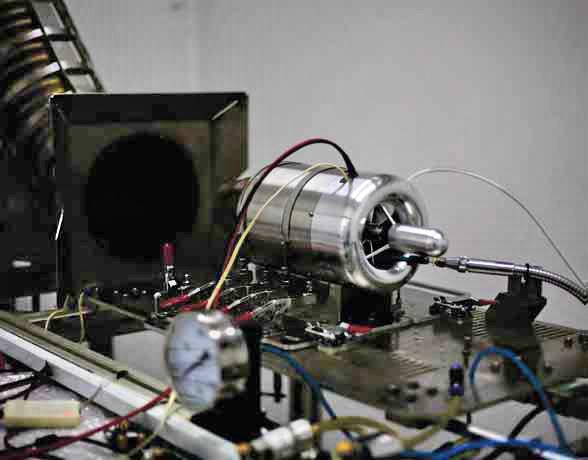 Not content to rest on its laurels, Cape Aerospace Technologies is now working on the CAT 800, developing 800 N of thrust, and the CAT 1400, developing 1 400 N of thrust. It is also working on a 1 kN rocket – Krige explained that this will be tested soon. The idea is to scale the rocket up so that it will eventually be capable of reaching low earth orbit (LEO).

Various future projects and ambitions include a vertical takeoff and landing passenger aircraft (air taxi), auxiliary power units (APUs), turboshafts, turboprops, turbofans and range extenders. Some of this is in response to the many requests for gas turbines for power generation rather than propulsion.

Another project is for a twin 250 N mount, intended for a jetwing (such as flown by Jetmen like Yves Rossy). With a twin mount under each wing, total thrust is 1 000 N. CAT is developing the jetwing’s propulsion system for a client and hopes to carry out a launch from Swellendam. The client intends to scale the twin configuration to using 400 N engines.

Krige said Cape Aerospace Technologies is the only micro to small turbojet manufacturer in Africa – all design, manufacture and testing is done in-house. The company saw a gap in the African market for small gas turbines and has cornered this market. Its successes have seen multiple export sales, including an exclusive sales agreement with an international client.

The Aerospace Industry Support Initiative (AISI) has provided financial support to CAT, specifically on the CAT 250 and CAT 400 engines, and helped developed engine control software. As such, CAT is one of the AISI’s biggest success stories. The AISI is an initiative of the Department of Trade, Industry and Competition and managed and hosted by the Council for Scientific and Industrial Research (CSIR). The CSIR, together with Stellenbosch University, collaborate with CAT to support industry and students.