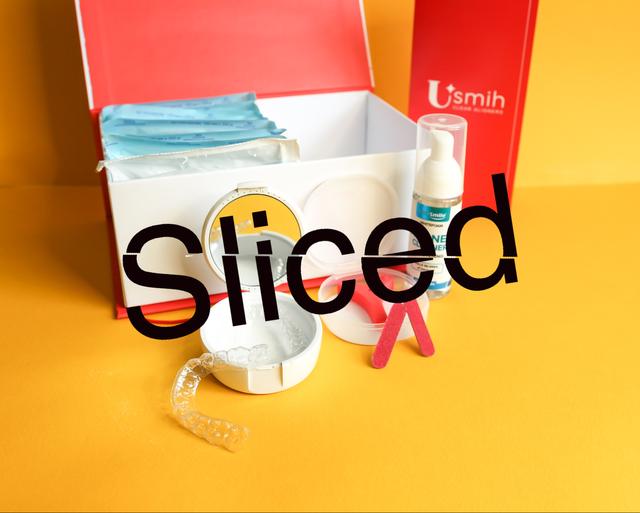 Voting shortlists for the 2021 3D Printing Industry Awards are now open. Who do you think should receive top honors this year? Have your say now.

In this edition of Sliced, the 3D Printing Industry news digest, we cover the latest business developments, partnerships, and acquisitions in the additive manufacturing sector.

Aerospace manufacturer Avio Aero and GE Additive have signed a non-binding letter of intent with Italian service bureau BEAMIT to collaborate on future projects. The first such R&D is set to revolve around optimizing the post-processing of 3D printed elements of the GE9X and Catalyst jet engines, but it’s anticipated that further material and process development programs could be in the pipeline.

Through their collaboration, the firms aim to reduce the lead times of certain aerospace parts, including their machining and testing, while advancing the ‘super-cleaning’ processes being honed by Avio Aero. The project could also see BEAMIT work with GE Additive to fine-tune and qualify its M-Line system for aerospace 3D printing, and establish a dedicated division to advance its industry certification.

“Industrializing metal additive manufacturing in aerospace continues at pace and we need trusted partners in our ecosystem who can grow with us,” said Riccardo Procacci, CEO of Avio Aero and GE Additive. “I am thrilled that we are strengthening our relationship with BEAMIT and its shareholder Sandvik.”

In other aerospace news, tech accelerator Starburst Aerospace has begun working with Nikon Corporation subsidiary Morf3D at its 90,000 sq. ft Applied Digital Manufacturing Center (ADMC). The partnership, which will also see Starburst COO Van Espahbodi join Morf3D’s board, is set to provide an outlet for any of advances made at the center to become realized commercial opportunities.

“Starburst is thrilled to join Morf3D’s ADMC and contribute to the innovation that is transforming aerospace,” said Van Espahbodi. “Morf3D’s unique vision and approach to the AM industry, coupled with Starburst’s global influence connecting government and industry players, will ensure the effective development of technological advancements into successful commercial ventures.”

Kicking off this week’s business news with Digital Metal, the Swedish metal 3D printer manufacturer has entered a strategic partnership with engineering firm Etteplan. Through the deal, the companies intend to offer design optimization solutions for Digital Metal’s binder jetting systems, helping clients make the transition from traditional to additive manufacturing as easily and efficiently as possible.

“Etteplan has invested heavily in additive manufacturing and has been involved in groundbreaking engineering already for a long time,” said Riku Riikonen, SVP of Engineering Solutions at Etteplan. “The partnership will strengthen both Etteplan’s as well as Digital Metal’s offerings towards existing and future customers.”

“We look forward to exploring and creating synergies together with Digital Metal.”

Elsewhere, India-based engineering firm Cyient has announced the installation of a new SLM 280 3D printer at its metal additive manufacturing facility in Jupiter, Florida. Fitted with support from SLM Solutions, the machine has already enabled Cyient to fulfil a tooling order from a large aircraft engine manufacturer, and is said to be a key milestone on its journey to becoming an end-to-end 3D printing provider.

“SLM Solutions and Cyient share synergies across geographies and industries, which will allow us to take a global approach in supporting their growth,” commented SLM Solutions CEO Sam O’Leary. “We are actively consulting and supporting from our Indian and U.S. offices as Cyient integrates into strategic manufacturing supply chains worldwide.”

Binder jet 3D printer manufacturer voxeljet has also made a new system sale, receiving an order for a large-format VX4000 machine from casting manufacturer Tooling & Equipment International (TEI). The system is set to be installed at TEI’s Livonia facility in Michigan alongside its existing VX4000, where it’s expected to help the firm fulfil technically-demanding orders more quickly.

“With the second VX4000 in house, we are able to further capitalize on the advantages 3D sand printing has to offer to metal casting,” said Oliver Johnson, President of TEI. “By eliminating the need for tooling and thanks to the large build volume of the 3D printer we can reduce delivery times drastically, which in turn greatly benefits our customers, whether it’s the automotive or aerospace industry.”

“In addition to that, we can produce parts that cannot be made conventionally, such as lightweight components and topology-optimized parts,” he added.

3D printing software developer Materialise has published the results of a survey that reveal the size of the potential market for its ‘Phits’ line of additive manufactured insoles. According to the poll’s retail and hospitality respondents, 79% of them spent 4-10 hours on their feet each day, while nearly one in five (19%) admitted to having considered leaving the sector altogether to avoid getting foot pain.

To meet the needs of these frontline workers, Materialise’s research points to personalized orthotics as the answer, such as those 3D printed by its subsidiary Gait and Motion Technology. Using a process called ‘dynamic gait analysis,’ the firm is said to be capable of visualizing the pressure points of a moving foot, building a picture of its biomechanics, and utilizing this as a basis for creating custom cleats. 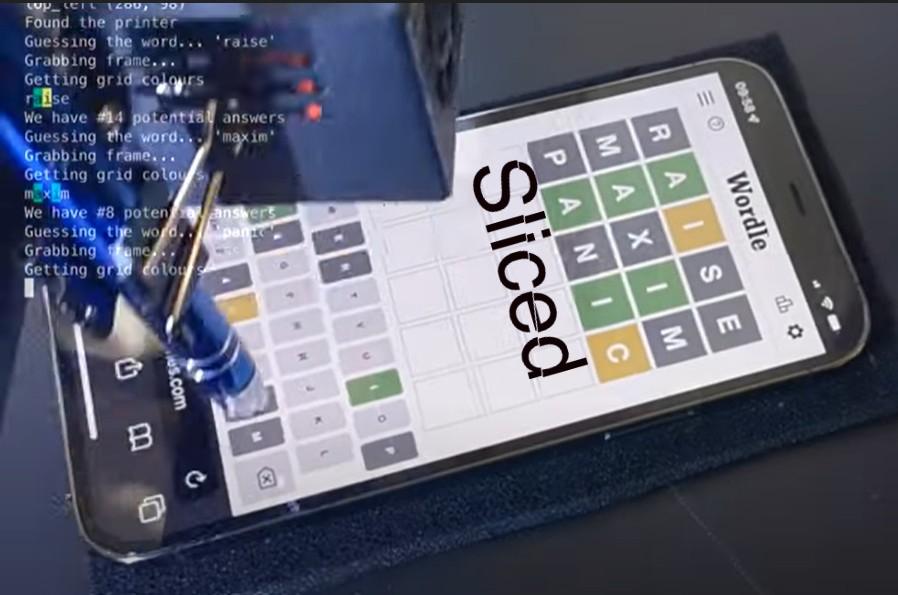 “With the integration of saremco print CROWNTEC, Ackuretta users are able to leverage the long-standing expertise of SAREMCO in reliable light-curing resins for restorative dentistry, combining the innovation of two industry-leaders in 3D printing for dental professionals,” commented Ayush Bagla, CEO of Ackuretta.

“By partnering with research-driven companies, such as SAREMCO, we are one step closer to providing the most versatile, end-to-end solution on the market.”

Belgian chemical firm Solvay, meanwhile, has unveiled a new range of 3D printing Build Sheets under its Ajedium line of thermoplastic manufacturing films. Designed to be deployed as a surface on which filament can be deposited into layers, the sheets come in PSU, PPSU and PEEK, as well as a sticky-backed variant, which protects the build surface and prevents defects from occurring during printing.

Compatible with FDM 3D printing, vacuum and non-vacuum technologies, Solvay’s new product can be customized to any thickness or size, allowing users to adapt it to meet the dimensions of their machine, while the sheet’s surface can also be treated, enabling adopters to maximize the adhesion of parts produced for clients in a wide range of industries.

“Ajedium Build Sheets are a natural extension of our proven high-performance Ajedium solutions for critical applications in markets from aerospace and automotive to energy, electronics, healthcare and industrial,” said Rodolfo Patricio, Aerospace & Defense Marketing Manager at Solvay. “At the same time, they complement our portfolio of Radel PPSU, KetaSpire PEEK and Solef PVDF.”

3D scanner manufacturer Artec 3D has revealed that Washington-based Origin Forensics is deploying its technologies to carry out traffic collision investigations. Using Artec 3D’s Leo scanner, the firm’s team have found that they’re able to create a full digital twin of crashed cars’ exteriors and interiors in less than an hour, with a sub-millimeter level of accuracy.

Leveraging these models, the company is then able to compare the vehicle’s damage to any injuries sustained by passengers, and analyze the performance of its safety features. The resulting data is also of such a high standard that any conclusions drawn can be used during legal proceedings, while the firm works with Chrysler, Ford and Toyota, to help improve their cars’ passenger protection as well.

“I want to push the boundaries of what’s possible in forensic accident reconstruction, and that requires me to always be on the lookout for the best technologies, so we can provide exceptional services and solutions for our clients,” explained Origin Forensics’ Jarrod Carter. “That’s why I chose the Artec Leo. It gives us that edge beyond anything else on the market.”

The competition’s expert jury has said that it’s specifically seeking entries which utilize the material’s benefits, while demonstrating a high level of feasibility and ingenuity. Once chosen, the winners will receive $25,000 worth of manufacturing support from the KyronMAX team to optimize their design, organize a plan for scaling its production, and realize their idea as a fully-developed prototype.

As an added bonus for entrants, those who apply before October 17 2021, will be invited to a private call with KyronMAX engineers, which will review and provide personal feedback on their entry. While the material itself is not expected to launch until later this year, the contest is already open for entries, with applications set to close on November 14 2021, and the winner to be announced on December 9 2021.

Also signed by the likes of HP, Microsoft and Amazon, the pledge commits signatories to reducing their greenhouse gas emissions and implementing decarbonization strategies. However, unlike the pact’s other participants, Mighty Buildings says it can achieve net neutrality by 2028, 12 years faster than the rest, and has laid out a Sustainability Roadmap to indicate how it aims to achieve this.

“Signing on to The Climate Pledge was a natural decision for Mighty Buildings,” said Sam Ruben, CSO of Mighty Buildings. “With our own commitment of becoming carbon neutral by 2028, joining a broad coalition that includes established companies and new upstarts, like ourselves, demonstrates that we can all take leadership roles in addressing the climate crisis.”

For a deeper-dive into additive manufacturing, you can now subscribe to our Youtube channel, featuring discussion, de-briefs and shots of 3D printing in-action.

Featured image shows the Sliced logo on top of a Materialise engineer post-processing a 3D printed insole. Photo via Materialise.