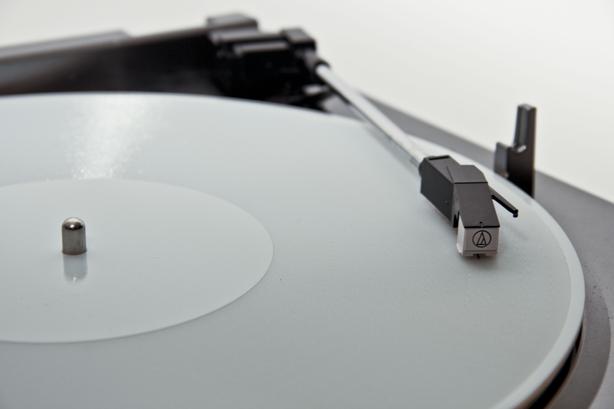 Over at Instructables, someone has pioneered techniques for creating custom "vinyl" audio discs using a 3D printer. Instructables user amandaghassaei describes her creation in the introduction to the project:

In an effort to boldly 3D print where no man or woman has 3D printed before, I've created a technique for converting digital audio files into 3D printable 33rpm records and printed some functional prototypes over the weekend. These records play on regular turntables, with regular needles, at regular speeds, just like any vinyl record. Though the audio output from these records has a sampling rate of 11kHz (a quarter of typical mp3 audio) and 5-6bit resolution (mp3 audio is 16 bit), it is still easily recognizable, check out the video above to hear what it sounds like. 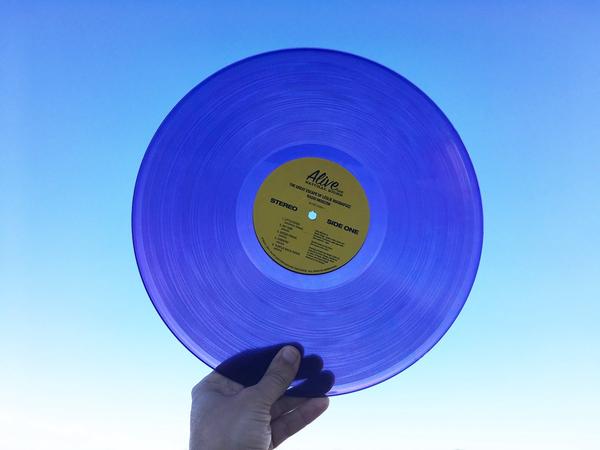 The records are produced on an Objet Connex500 3D printer, which uses UV-cured resin to produce objects. The Connex500 has impressive resolution of 600dpi in the x-axis and y-axis, and 16 micron resolution in the z-axis; however, this is still at least an order of magnitude coarser than the level of detail in a traditional vinyl audio disc.

Producing the STL data file for the 3D printer required the creation of some custom software to import the raw audio, massage it, convert it to a physical waveform, and generate the overall geometry of the target disc. The Instructable has complete details for those interested, including background information on how vinyl audio recording works, and a fascinating discussion of the evolution of the project. And, of course, there is plenty enough information to allow you to create your own discs, if you're lucky enough to have access to a 3D printer.

Here's a video showing the final results. As you can tell, the audio quality is nowhere near that of a traditional vinyl disc, but it's still a darned impressive feat:

Interestingly, the STL data files have been posted to The Pirate Bay's "Physibles" section, which is a growing repository of 3D-printable object data. We don't have Star-Trek replicator technology yet, but we do live in a science fiction world.

And speaking of 3D printing and audio, there is also another Instructables article about creating something similar for the 70's-era Fisher Price kids' record player. I suspect quite a few of us here have sentimental recollections of those toys, and would enjoy reading about a dedicated Maker creating his own discs for that player: